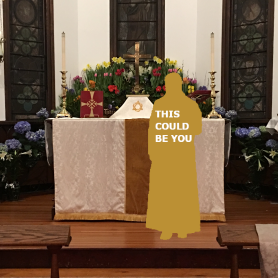 Could This Be YOU? Trinity Collinsville is currently seeking our next clergy leader, who will be a Priest in Charge with the possibility of becoming Rector after three years. Click below to learn more about this position. 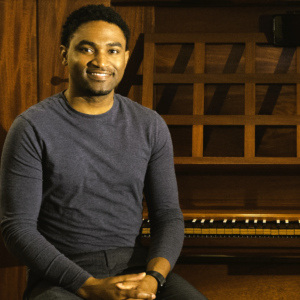 Francesco was born and raised in Jamaica and came to the States at the age of fifteen. It is here that he truly fell in love with music and pursued his dreams as a musician; he began taking piano lessons again and realized he wanted to continue with music as a career.

Francesco won the 2017 TI:ME Composition Winner-DAW award for an original composition. He  also released and published two albums and a prodigious amount of singles. While attending CCSU, he wrote and composed an original track for the CCSU dance department, which went on to become the theme for their entire showcase.

Francesco is a member of the American Guild of Organists, Greater Hartford Chapter (AGO), and is currently the Director of Music at Trinity Episcopal Church in Collinsville, CT, as well as the Music Director at Connecticut Valley Seventh Day Adventist Church in South Windsor, CT.

Francesco hopes to continue his passion for music through composing, performing and teaching. He resides in East Granby, CT with his wife and their menagerie of animals. You can find all of his music on any music streaming platform and/or YouTube by searching “Francesco Blackmore.” 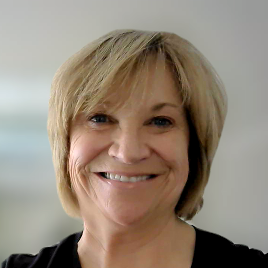 Claudette is a Connecticut native and has served in communications roles throughout her career at non-profits, such as the Capitol Region Education Center, the Plainville Senior Center, and Church Homes, Inc. She directed media relations, maintained a state website, and produced publications for the Connecticut Department of Consumer Protection from 2003 until retiring in 2015. She earned a BS in Education from Southern CT State University and a Master’s in Organizational Communication from University of Hartford.

Claudette enjoys frequent visits with her daughter Alana, who is completing her PhD. in Environmental Biology, and with friends and family across Connecticut. She moved from Farmington to Burlington in 2020, enjoys cycling and walking local trails and attends the Congregational Church of Burlington. 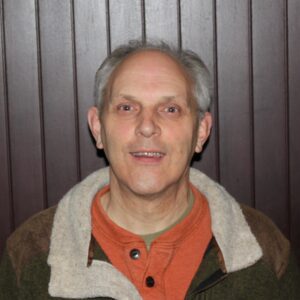 Norman has been Trinity’s sexton for at least six years. He does caretaking tasks for the church, such as cleaning and light maintenance. He also keeps the church prepared for events and meetings, providing set-up and take-down of equipment and furniture.

Norman also works at a group home for The Arc of Litchfield County, which is an organization that supports individuals with developmental or intellectual disabilities. In his free time, an activity Norman especially enjoys is kayaking nearby on the Farmington River.

Zayda and Meghan come to Trinity Collinsville to make the church sparkle and shine, tending to deeper cleaning tasks. They take great pride in their work and arrive each week with an advisor to help guide the day’s work.

This diligent pair comes to us through Transitional Employment Unlimited, which has been connecting dependable workers with employers in the region for 25 years. Connect with them via their website or by talking with parishioner Mimi McGill.